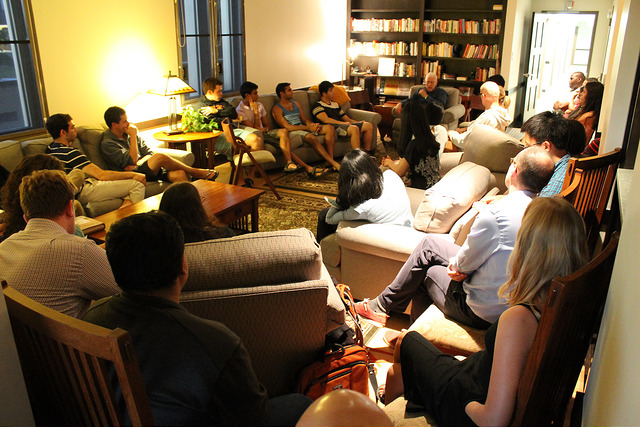 Following some of the House Dinners on Wednesdays at 7:15pm, Keeton's House Professor hosts informal conversation hour in their apartment (G70). On these occasions, a special guest from around campus/the world is invited to share a conversation on a topic of their choice. These conversation are open to the public and allow students to explore different fields and passions. Find out who our next speaker is by signing up to receive our weekly Keeton Courier, or by our ad in The Cornell Daily Sun!

Past speakers have included the following: